In 2014, Dean decided to revive Swish Embassy with a greater focus on scalability and the ability quickly respond to trends and pop culture. He sought out a number of industrial manufacturers who might be able to work on bringing Swish Embassy back to life. Moving forward, production would take place in the United States to take advantage of cheaper shipping costs and proximity to the bulk of customers.

In September 2015, SwishEmbassy.com went live with just 25 products of which half were reused from its initial iteration. Within a year, Swish Embassy carried almost 18,000 possible products that could be produced and shipped within a few days anywhere in the world.

Added to your cart:

Let customers speak for us

I've had a few of these over the years. I must say they are cute and adorable. 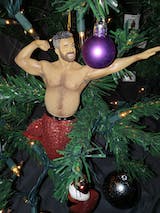 The shirts are wonderful. They arrived early. Doing business was super easy.

M
Flames Michael Loosen
NPS score:
Likes: The quality of the items and designs .
You are the best!

Wow I am so glad I clicked on your link! I have found so many gifts and items to buy for myself. I have ordered twice in two weeks!